At the end of the nineteenth century, John Martin Littlejohn, a brilliant Scot with four doctorates, enrolled at the Kirksville school. In fact, because of his work as a journalist, he had gone to that place to interview Still, given that the fame of the "old doctor" had begun to spread through several states. Littlejohn, in addition to journalist was doctor specialist in physiology. He very quickly became the right arm of A.T. Still and curiously, was the time student and professor in the school of Kirksville, arriving finally to be named dean of the same one.

He added the academic program fundamental sciences such as Chemistry, and emphasized the importance of the study of Physiology for health. According to Littlejohn: "Physiology is the gateway to the immense world of osteopathy."

The defense of these fundamental sciences led him to frequent discussions with Still, since for him the important thing was "THE STRUCTURE" while Littlejohn insisted on the importance of "function" as the main element. As a consequence of his different views of medicine, he finally decided to move from Kirksville to Chicago, where he founded The Chicago College of Osteopathic Medicine, which became one of the most important schools in the United States. Littlejohn is due to the development of a more maximalist and global osteopathy and especially the appearance of techniques such as T.G.O. (Osteopathic General Treatment later developed by J. Wernham), which is based on his own studies on the human biomechanics and in concrete in the action that the gravitational force has on the posture. To 1917, Littlejohn left Chicago and return to Europe. He settled in London, where he founded the British School of Osteopathy. This school will become the first European osteopathic institution and it continues to be today. Europe, the evolution of osteopathy followed a different path from that of Still's time in the United States. At present, in Europe osteopathy is an independent profession, which is reached by obtaining the DO (Diploma in Osteopathy); While in the US, osteopathic physicians attend medical studies and eventually specialize in osteopathy, but may, if appropriate, perform surgery and prescribe medicació.Des from the beginning of the twentieth century to the middle of the same, there were A tendency toward objectivity and rationalism in the field of osteopathy; To which Littlejohn himself contributed and the appearance of the figure of Harrison Fryette with his studies on the mechanics vertebral. They then performed treatments with a maximalist approach, leaving some of the principles of Still: "En-, Arrange it and let it go its way ... ". In this way, most of the treatments at the time were based on direct manipulation or thrust techniques. The period between 1950 and 1975 approximately, produces great changes in the previous vision of osteopathy. This was due to the development of new approaches and the appearance of cranial and functional treatments. No doubt figures such as W.G.Sutherland contributed with his revolutionary vision of the application of osteopathy in the cranial field. His work was continued among others by H. MAGOUN, V. Frymann and Anne Wales and perhaps represents the greatest evolution of osteopathy since the times of A.T. Still. Also noteworthy during this period are: C.H. Bowles and H.V. Hoover with its evolution towards the functional techniques; T.J. Ruddy and F. Mitchell with their Muscular Energy Techniques; L.H. Jones with his maneuvers of Tension-Countertension or Jean Pierre Barral that focused his attention on the development of visceral manipulations, and which to this day is one of the most famous authors. In 1960 the European School of Osteopathy (ESO) was founded, joining together a group of renowned professionals including J. Wernham, T. Dummer, T. Hall and P. Blagrave. Development of new schools across Europe. In 1993 official recognition takes place in countries like United Kingdom, France, Belgium, Switzerland, Portugal, Australia, New Zealand, etc. In 1997 the European Parliament urged EU member states to recognize osteopathy (Resolution LANNOYE / COLLINS 1997). To this end, the OSEAN (Osteopathic European Academic Network) was formed to promote cooperation in Osteopathic Training and to develop a unified academic curriculum in Europe; In the same way as the FORE (Forum for the regulation of osteopathy in Europe), is currently working to ensure that the recognition of osteopathy has a unification of criteria at European level.

The document "WHO Traditional Medicine Strategy 2002 to 2005" recommends the use, promotion and development of osteopathy in Member States. At present, there is a tendency to return to the holistic origin of osteopathy (apparently in keeping with the initial conception by Still), with the same emphasis given to dynamic structural / functional and functional / structural aspects both from the point of view Of the diagnosis as of the technique. In this way, each type of approach to treatment has been developed in the search for more subtle and precise elements to treat specific lesions; Which implies that, to this day, the osteopath has a great number of techniques to be able to adapt to each patient in particular. 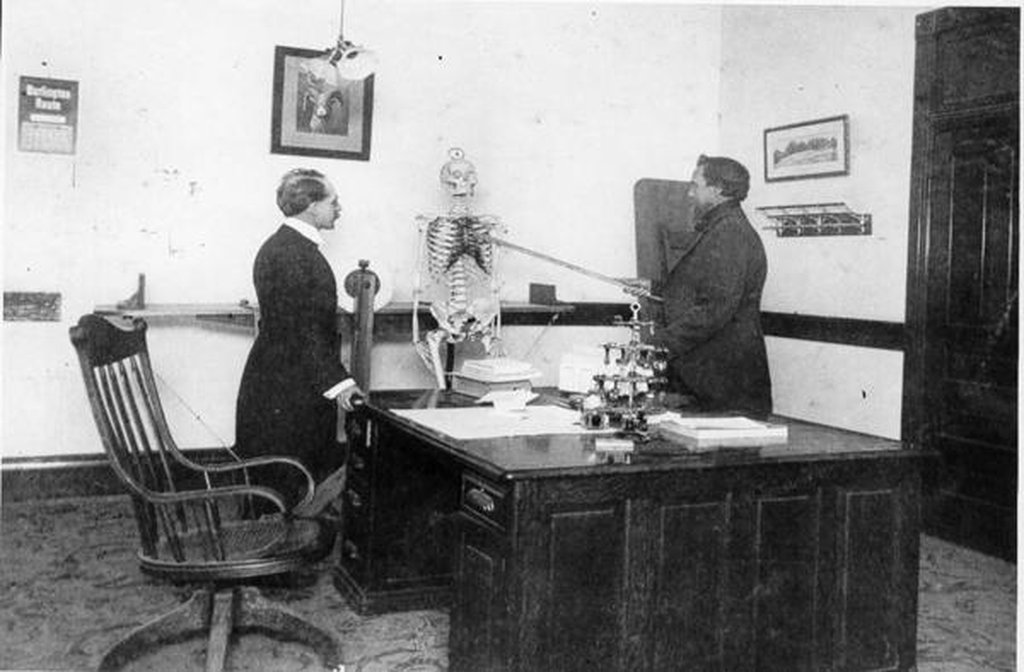 The development of osteopathy in Europe

The document "WHO Strategy on Traditional Medicine 2002-2005" published in 2002 recommends the use, promotion and development of osteopathy in Member States.

The World Health Organization (WHO) considers osteopathy to be a health profession of first intention and independent of others, and establishes the formative access to it in its document "WHO Benchmarks for Training in Osteopathy", published in 2010.